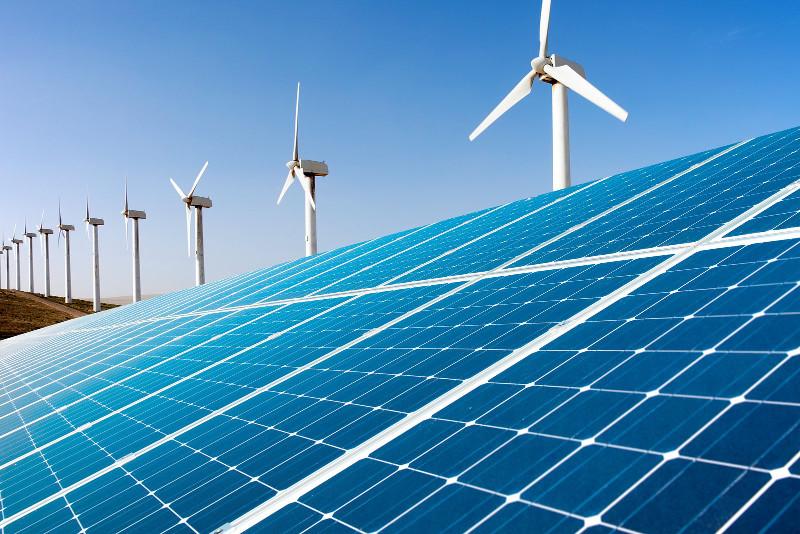 NUR-SULTAN. KAZINFORM - Developing renewable energy, introducing clean technologies, and promoting decarbonization of the economy is something that countries can no longer delay. Kazakhstan is no exception as it sets ambitious targets to unlock its renewable energy potential and achieve carbon neutrality by 2060. More about the country’s efforts in this area is in the latest analytical article of Kazinform.

In 2013, Kazakhstan adopted a plan to transition to a green economy and in 2016, Kazakhstan signed the Paris Agreement pledging to reduce greenhouse gas emissions by 15 percent by 2030 relative to the level of 1990.

While for Kazakhstan, which has heavily relied on fossil fuels for years and leads in Central Asia in terms of carbon dioxide emissions, transitioning to green growth might be a challenge, its active efforts and political will demonstrated by President Kassym-Jomart Tokayev are notable.

According to Timur Shalabayev, Executive Director at Kazakhstan’s Solar Energy Association, Kazakhstan has everything to develop its renewable energy sector. He cited expert estimates of the potential of wind energy to be nearly 920 billion killowatt hour per year, the technically feasible hydro potential at 62 billion killowatt hour, and the potential of solar energy in the southern regions of the country at 2,500–3,000 hours of sunshine per year.

He noted a strong governmental support for the sector, which was considered as priority sector of the economy.

«The country in 2018 launched very transparent mechanism of the auctions, where 196 companies from 12 countries have participated. We have all competences to implement projects in renewables,» he added.

At the Climate Ambitions Summit in December 2020, President Tokayev declared his country’s commitment to achieving carbon neutrality by 2060.

Kazakhstan is no exception to a global trend worldwide towards the decarbonization of industry and economy. For example, the European Union plans to reduce greenhouse gas emissions by 55 percent by 2030 and plans to introduce a carbon tax by 2023. While shaping the role of trade in the fight against climate change, the introduction of a levy on imported carbon-intensive products could hamper exports of products forcing countries to consider the new realities and update technical regulations, standards, and requirements for good.

President Tokayev also repeatedly voiced the urgent need to address problems in the electricity power industry that hinder the potential growth of the renewable energy sector.

«Since September 2021 we have a deficit of electricity power generation, because of highly increased consumption by industry and digital mining sector. This deficit is covered by importing of the electricity from Russia. The situation gets worse by the obsolescence of power generation equipment on traditional coal stations (the age of 55 percent of equipment on traditional coal-based stations are more than 30 years, age of 66 percent of equipment on hydropower plants last more than 30 years),» said Shalabayev.

According to him, electricity generation from renewables is uneven and depends on the weather conditions, which, in turns, causes imbalances in the grid system. The expert therefore emphasized the need for manurable (flexible) capacities.

Measures to support the production of renewable energy

These measures of state support in the form of guaranteed purchase of electric power allow to stimulate the development of renewable energy sources.

Meanwhile, Kazakhstan also uses the mechanism of auction bidding. The mechanism of international electronic auction has been implemented since 2018 to improve the investment climate and attract external and domestic investments. But, according to Shalabayev, it could also smooth the graphics of power generation by renewable energy stations.

«Another option can be development of small-scale renewable energy project (introduction of renewables by households and business for own consumption). Results of research in the country show that small scale renewables may contribute to increasing the reliability of the grid, unloading overloaded nodes, and reducing electrical energy losses. On the other hand, it may help to make renewables popular among citizens of Kazakhstan,» said Shalabayev.

That was what President Tokayev also proposed at the meeting on the energy sector development in May 2021, saying that more measures are needed to encourage people to use renewable energy sources. Tokayev proposed launching pilot projects to install solar panels and micro-power plants as part of the development of smart cities.

«I am a firm supporter of clean energy and green technologies. I support the construction of power plants using renewable energy sources,» Tokayev said.

In terms of auctions, every year, the energy ministry approves the schedule of auction bidding, with a breakdown by type, capacity, and regions of Kazakhstan.

In 2020 alone, a total of 250 megawatts of installed capacity was auctioned including 65 megawatts in wind power, 55 megawatts in solar energy, 120 megawatts in hydro power and 10 megawatts in biopower. There were 8 auctions that involved 27 Kazakh and 4 foreign companies from Russia, the Netherlands and Germany.

Shalabayev said that the capital expenditures for construction of the solar power stations are decreasing evident in the declining tariffs for solar projects in the auctions for the last four years. According to him, the auction price for solar power tariff has been decreased by 64 percent since 2018 reaching nearly three dollar cents per kW.