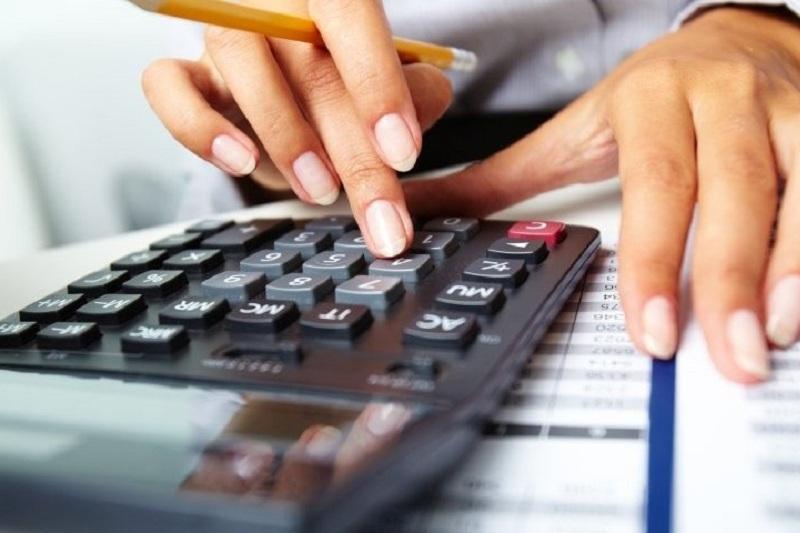 NUR-SULTAN. KAZINFORM - The gender pay gap has been a persistent issue for all countries around the world and Kazakhstan is no exception, where the gender wage gap is estimated to be between 25 to 27 percent, according to Dr Saule Kemelbayeva, Dean of the International School of Economics at M. Narikbayev KAZGUU University.

The gender pay gap is a common term used to define the difference between the average earnings of men and women as a percentage of men’s earnings. 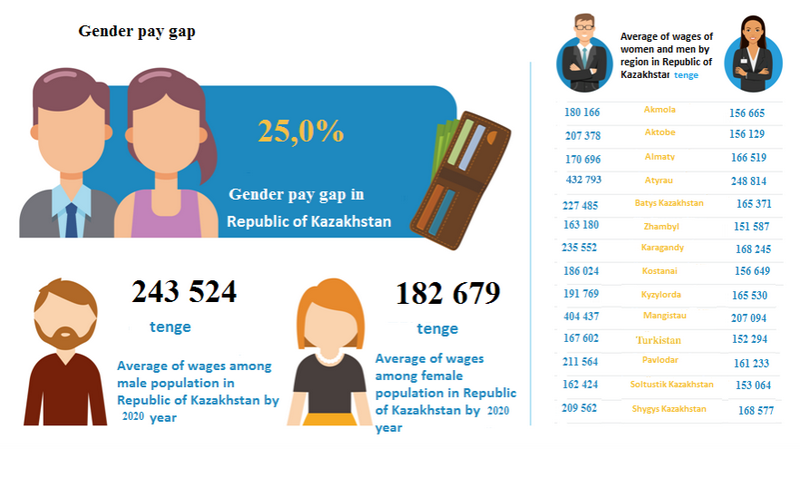 «Today, nearly all countries in the world have adopted equal pay legislation. Gender equality, including equality in opportunities and labor market outcomes, is one of the key United Nations Millennium Development Goals. However, the gender pay gap remains persistent in all countries. In the UK, Germany, and the US it is around 17-18 percent, in France, Australia and Netherland – around 15-17 percent, in Baltic countries – 20 percent, in Japan – 25 percent, and in Korea – 35 percent, in rural China and Saudi Arabia it reaches 50 percent,» said Kemelbayeva.

In their research paper that she co-authored with Natalya Yemelina and Sergey Roshchin from the National Research University Higher School of Economics, they conclude that the gender wage gap in Kazakhstan, which was found to be the highest in the biggest cities Nur-Sultan and Almaty, is exacerbated by the growing horizontal and vertical industrial segregation, where horizontal refers to women’s overrepresentation in low-paid sectors and vertical to their limited access to top managerial positions within a company.

«We found out that to a large extent it is explained by industrial segregation, and therefore, more pronounced in the richest industrialized parts of the country – oil-exporting western and central Kazakhstan,» she said.

There are multiple explanations for that. An OECD paper published in May 2021 noted such terms as the glass ceiling and sticky floor. The glass ceiling is used to define an invisible barrier that prevents women from rising beyond a certain level in a hierarchy, whereas the sticky floor points to a discriminatory pattern that keeps women in the lower ranks of the job scale.

The reasons behind different earnings, however, have much deeper roots, including cultural and structural. Gender stereotypes and prejudices in recruitment as well as social norms that affect the gender distribution of labor have long hindered women’s opportunities and widened wage inequality.

«Cultural beliefs regarding the gender roles when women are considered as the main family and household duties contributors even in the countries where there are few apparent economic reasons for that. By economic reasons I mean, for example, paid maternity leave for both parents and availability of universal childcare,» she said.

Women are also more likely to experience disruptions in their career advancement. Motherhood is one such example because it is often women, who take time off to care about a child and it is often women who are involved in unpaid work, such as household work and raising a child.

In its Women, Business and the Law – 2021 report released in March 2021, World Bank experts noted that 90 economies around the world, including Kazakhstan, have adopted laws on equal pay for men and women for work of equal value. But there is way more work ahead to ensure a real change.

«The policy aimed at narrowing down gender inequalities in Kazakhstan's labor market should seek to equalize industrial disparities and segregation and account for regional disparities,» said the expert noting the significant difference between the country’s regions.

In Kazakhstan, gender imbalances persist across many areas. In 2020, women held only 12.5 percent of political civil service positions, 26.5 percent of seats in Parliament, and 22 percent of executive banking jobs, according to the data from the National Statistics Bureau. There are however positive dynamics in female entrepreneurship. In Kazakhstan, 28.2 percent of businesses are headed by women providing 31 percent of jobs. At the same time, 20.9 percent of the self-employed population in Kazakhstan is women, whereas the level of economic activity among women of working age stands at 78.6 percent.

And with the COVID-19 pandemic, accomplishing this task has become ever more important, as it had an adverse impact on the pay gap. Lockdowns affected industries the worst where women are more frequently employed, such as healthcare and the services sector.

«Combined with the additional pressures of providing care in the home, the crisis has halted progress toward gender parity in several economies and industries,» said experts in the Global Gender Gap Report 2021 published by the World Economic Forum in March 2021.

Given all these factors, addressing the pay gap between males and females seems a challenging task, but worth undertaking if we want to ensure a future for generations, where there is equality between men and women in education, in political, economic, and social decision-making.