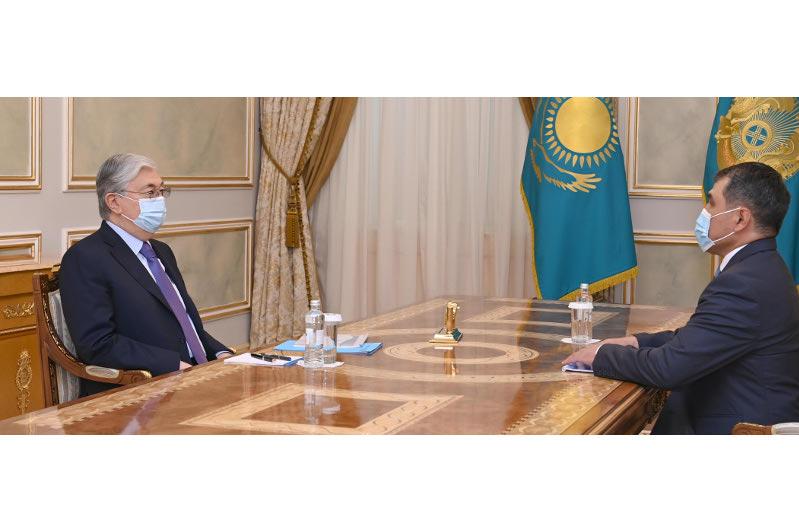 During the meeting, the Head of State heard a report on the development of the region for the three months of 2022, implementation of his instructions and plans for the upcoming period.

The Head of State was briefed that in 2022 810 thousand square meters of housing will be built, 25 settlements will be provided with drinking water, and 17 villages will be provided with gas in Zhambyl region. In addition, it is planned to increase the sown areas by 9.2 thousand ha and upgrade agricultural machinery. In line with the tasks of the President constant monitoring of the prices for socially significant goods is in place.

Nurzhigitov also reported on the work of the plant for the production of immune pharmaceuticals at the Research Institute for Biological Safety Problems in the village of Gvardeiskiy and the construction of the BSL-3 plant.

Following the meeting, Tokayev gave concrete instructions regarding the price containment, increase in incomes of people, investment attraction, and activation of effective realization of government programs.