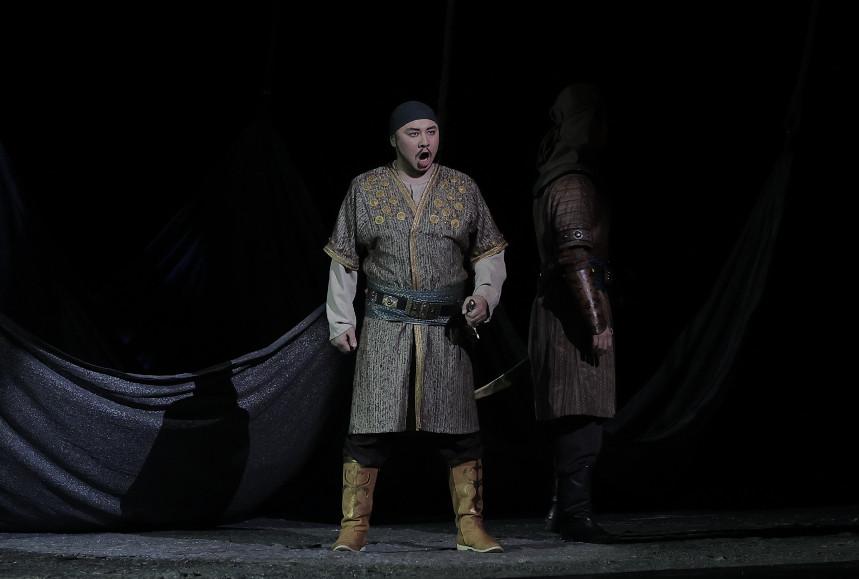 NUR-SULTAN. KAZINFORM - Yerkegali Rakhmadiyev’s opera Alpamys, recently added to the repertoire of the capital’s opera house, was held with great success at Astana Opera on June 5. That evening, the opera house’s principal soloists Talgat Galeyev and Yevgeniy Chainikov took the capital’s stage for the first time in the main roles of the brave batyr Alpamys and the formidable Taishyq Khan, Kazinform has learned from the Astana Opera’s press service.

«Yuri Alexandrov presented a very interesting vision of the opera Alpamys on our stage. Many people strive to work with this wonderful director, because in the performance he focuses not only on the soloists, he actively works with the masses, sets tasks for each choir singer and supernumerary. As for the production, this is an epic story about a Kazakh batyr. During the performance, the character of my hero develops. Alpamys performs heroic deeds in the name of his homeland, for his people, this is why he is very close to me. The part is complex from a vocal point of view, it requires not quite a classical performance, but everything that is new attracts the most. I think I still have to add a lot of bright colours to this part with each subsequent stage performance. Today, the audience warmly welcomed my performance, which means that I managed to convey the character portrayal of my hero, to get across to the listeners a touching love story. I am very grateful to the audience who gave us, the artists, a warm ovation, shouted «Bravo», this is an inexpressible exchange of energy,» Talgat Galeyev, Astana Opera’s principal soloist, said. 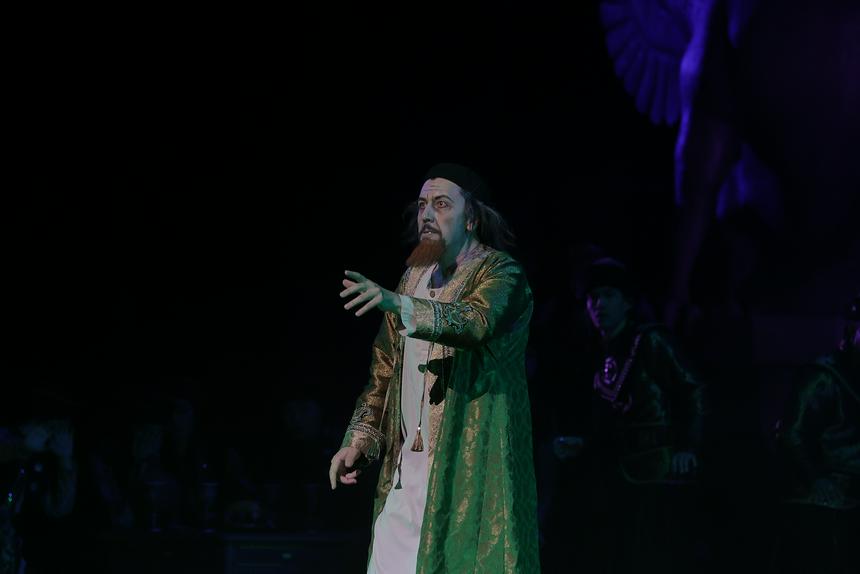 «For me it was a long-awaited debut as Taishyq Khan. He is a distinctive character, so I had a lot of tasks. First of all, it was important to demonstrate good acting skills, so that the audience would believe me and experience certain feelings. Therefore, I rehearsed a lot, did a lot of fruitful work on musical and linguistic material, and honed my pronunciation. I think that Taishyq Khan in Yuri Alexandrov’s bright production turned out to be colourful. It is important to note that this is one of the most significant roles in the national bass repertoire, and I am really happy that it has added to the list of parts I perform,» Yevgeniy Chainikov, Astana Opera’s principal soloist, shared after the performance. 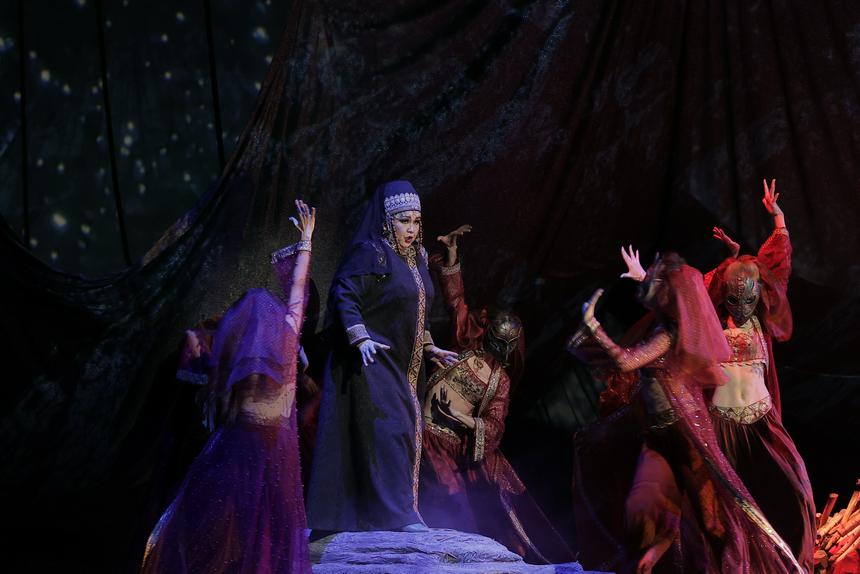 The heroic epic, on the basis of which the opera was created, tells about the brave batyr Alpamys and his fight for the freedom and happiness of his people. The fearless warrior confronts the cruel Taishyq Khan and the insidious witch Mystan. The generous Mother Earth, who hands him a sword at the beginning of the action, provides him with help in this opposition. There is also a romantic plotline, represented by the hero’s relationship with his beloved Gulbarshin, a gentle, high-minded, unfaltering and faithful girl. Qarakoz, the daughter of the formidable Khan, also loves Alpamys. She opposes her tyrant father in order to help the noble and brave batyr. The story ends with a mass final scene where good triumphs over evil and people rejoice.

National classical masterpiece, the opera Alpamys by the outstanding Kazakh composer Yerkegali Rakhmadiyev to the libretto by Kauken Kenzhetayev, has become one of the most beloved productions of the audience at Astana Opera. Residents and guests of the capital highly appreciated the unique vision of the stage director, People’s Artist of Russia, laureate of the State Prize of Kazakhstan Yuri Alexandrov, spectacular sets and sumptuous costumes of the Honoured Workers of Kazakhstan Sofya Tasmagambetova and Pavel Dragunov. The audience was greatly impressed by Irina Vtornikova’s lighting concept and the unusual play of video projections by the Italian designer Sergio Metalli. 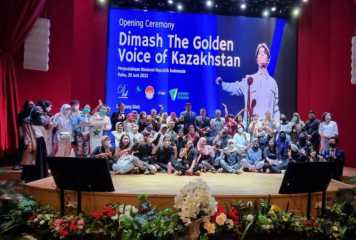 Exhibition ‘Dimash: The Golden Voice of Kazakhstan’ held in Indonesia 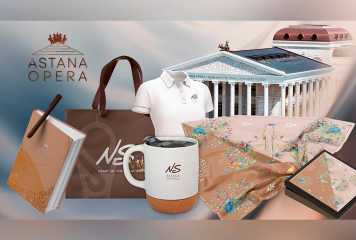