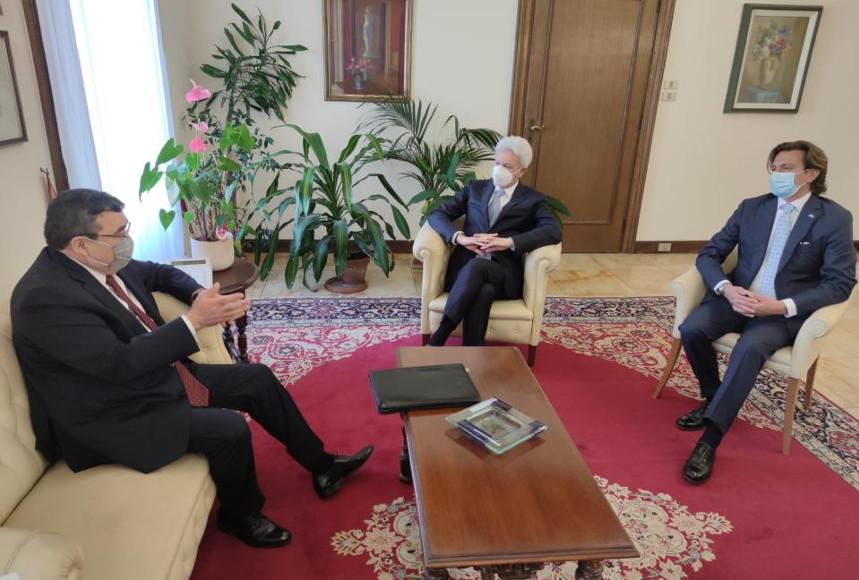 TRIESTE. KAZINFORM - As part of the expansion of bilateral cooperation, the ambassador of Kazakhstan to Italy Yerbolat Sembayev paid a working visit to the Friuli-Venezia Giulia region, Kazinform cites the Kazakh Ministry of Foreign Affairs.

During the visit, meetings with the region head Massimiliano Fedrigue and Trieste Mayor and Prefect Roberto Diepiazza and Annunziato Varde were held, where the parties discussed prospects for further trade, economic, cultural and humanitarian bilateral cooperation. The Ambassador spoke about the investment opportunities of Kazakhstan and the country's new course aimed at implementing economic reforms as part of the construction of the «New Kazakhstan».

Sembayev stressed the need to strengthen cooperation with Italian companies in agriculture, chemical industry, metallurgy, furniture manufacturing and other areas. In turn, the interlocutors expressed the interest in cooperation and the region's readiness to support Kazakhstan's initiatives. 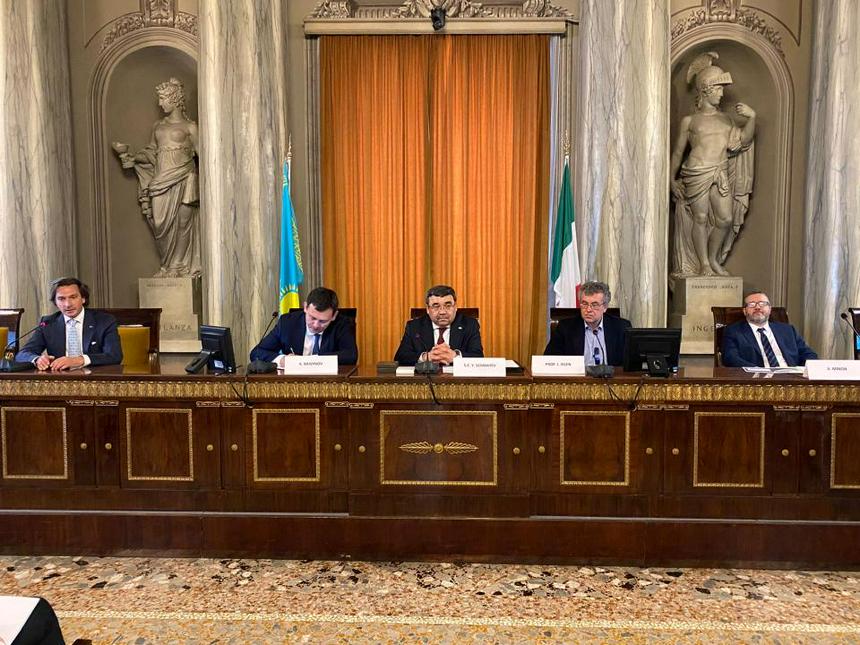 »I am sure that we have a huge potential for mutually beneficial trade and economic cooperation. From our part, we are ready to support and assist in the development of regional cooperation,« Sembayev noted.

Along with this, for the representatives of business and academic circles, as well as mass media of the region, the Embassy organized the conference, dedicated State-of-the-Nation to the Address of the President Kassym-Jomart Tokayev to the people of Kazakhstan «New Kazakhstan: the path of renovation and modernization«. Kazakh diplomat noted the main provisions of the address and the initiatives of the President of Kazakhstan, aimed at building an effective state and a just society, increasing welfare and improving the quality of life of the Kazakh people. 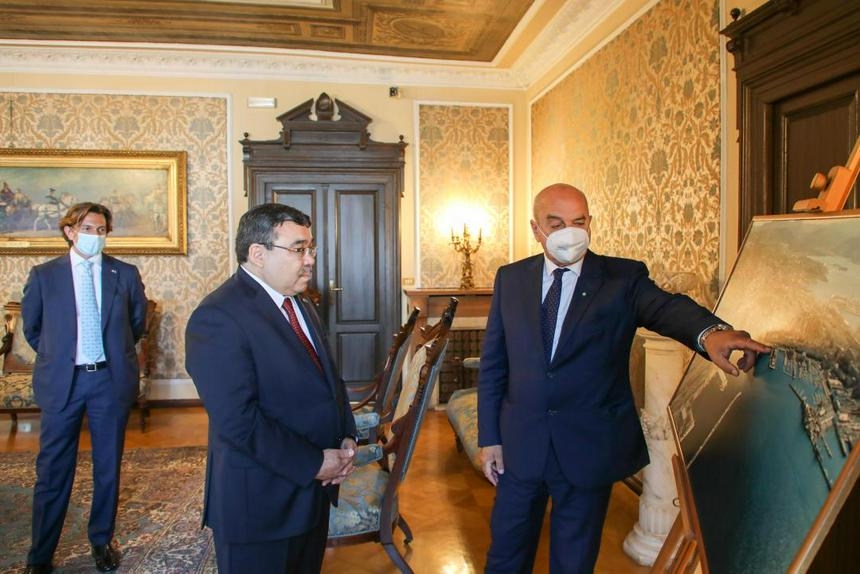 During the event, in the framework of the 30th anniversary of establishment of diplomatic relations between Kazakhstan and Italy, the guests had the opportunity to take part in the exhibition, revealing the dynamic transformation of our country, its historic landmarks, as well as the get familiar with the books of Yelbasy «The era of independence« and «Words of Exhortation« of Abay in Italian.

On the eve of Victory Day, the ambassador laid flowers at the obelisk of Kazakhstani citizens who died liberating northern Italy during World War II. 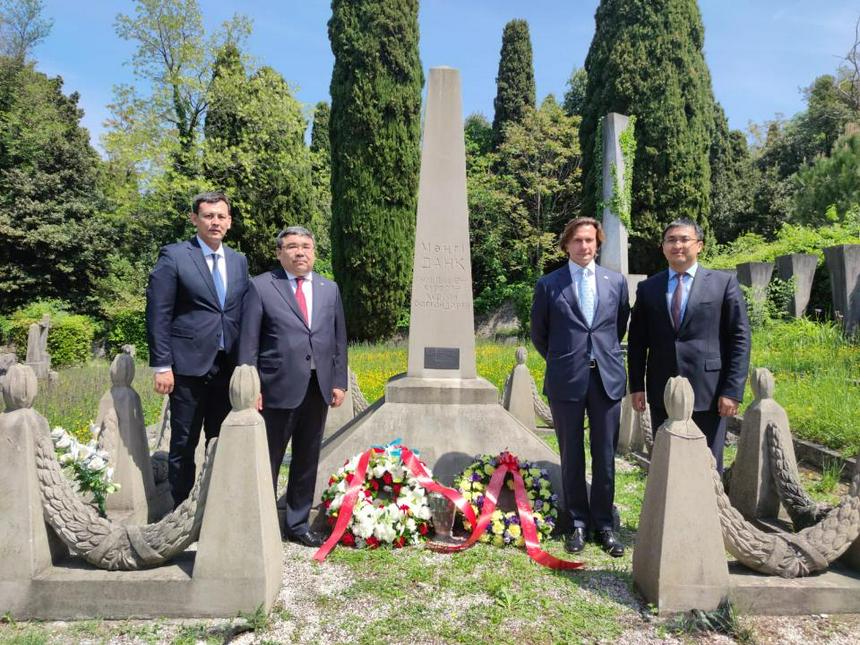 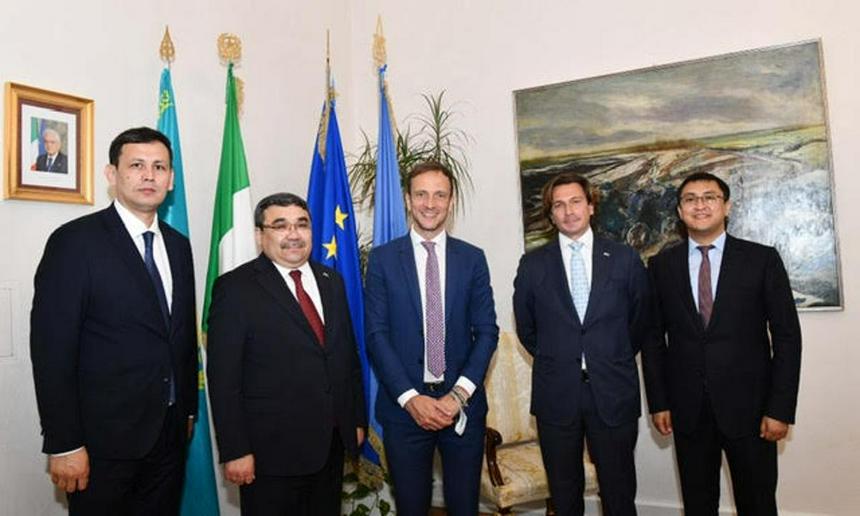