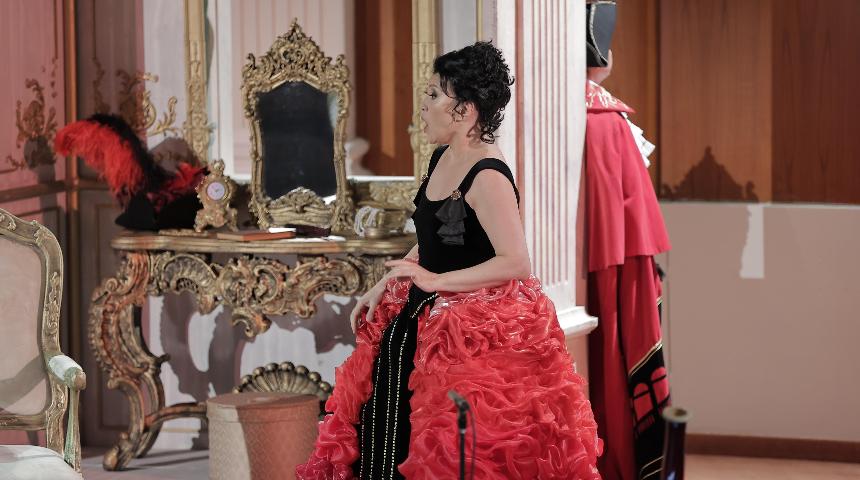 La Scala di Seta to be performed in Rudniy

NUR-SULTAN. KAZINFORM The city of Rudniy will be the fourth in Astana Opera’s tour list. Tours to Pavlodar, Ekibastuz and Karaganda were an incredible success. A full house is also expected on June 15 and 16 at the Gornyak cultural and entertainment centre, as fame precedes the performers and the audience is already anticipating a meeting with the capital’s artists.

The organization of the opera house’s tour is supported by the leading international industrial company ERG, so the main audience at the performances will be the employees of the city-forming enterprises and their families.

The first audience of Astana Opera’s tour to Rudniy will be children. They will find themselves in The World of Music. Astana Opera’s soloists Assem Sembina, Malika Minisini, baritone Timur Umarov, as well as other vocalists and instrumentalists will give the children an unforgettable encounter with the beautiful and enchanting world of high art.

As part of the tour, the audience will also have an opportunity to enjoy Rossini’s comedic opera La Scala di Seta, which has been a part of Astana Opera’s repertoire since 2019. During this time, the production was performed by the opera company’s best voices and highly appreciated by music critics. The opera house’s principal soloist, Honoured Artist of Kazakhstan Zhannat Baktai will present the main part in the production to Rudniy’s listeners.

«Astana Opera will perform for the residents of Rudniy for the first time. The opera La Scala di Seta, featured in the program, is intended for a chamber hall, that is, its performance requires a compact stage. This production is small, convenient for touring, but at the same time very bright, meaningful, memorable and well perceived by the audience. I will take the stage as Giulia. My heroine is a flirtatious, very smart, resourceful girl. She captivates, mystifies and wins the admiration of people around her. Her striking image is emphasized by colourful costumes, and her playful character is brought to light by the vocal part, which is full of coloratura, fast passages and numerous embellishments. The part of Giulia is very expressive, complex, and at the same time light. It requires virtuoso technique and high-level performing skills. There is a lot of acting required here, which is why it is very easily perceived by the audience. It is a pleasure for us, the artists, to perform at different stage venues and enjoy performing and the pleasure we have brought to the listeners,» Zhannat Baktai emphasized.

Masters of the opera stage as well as young talented artists will perform other parts in this production. Thus, Arthur Gabdiyev will present Dorvil, Ramzat Balakishiyev – Dormont, Altynbek Abilda – Germano. The opera house’s principal soloists Tatyana Vitsinskaya and Yevgeniy Chainikov will portray Lucilla and Blansac. The performance will be accompanied by the Astana Opera Chamber Orchestra conducted by the Honoured Worker of Kazakhstan, Maestro Abzal Mukhitdin.

As a reminder, the artists’ performance in Rudniy is scheduled for June 15 and 16. On both days, the concert The World of Music will be presented to the audience at 4 pm and the opera La Scala di Seta at 7 pm.