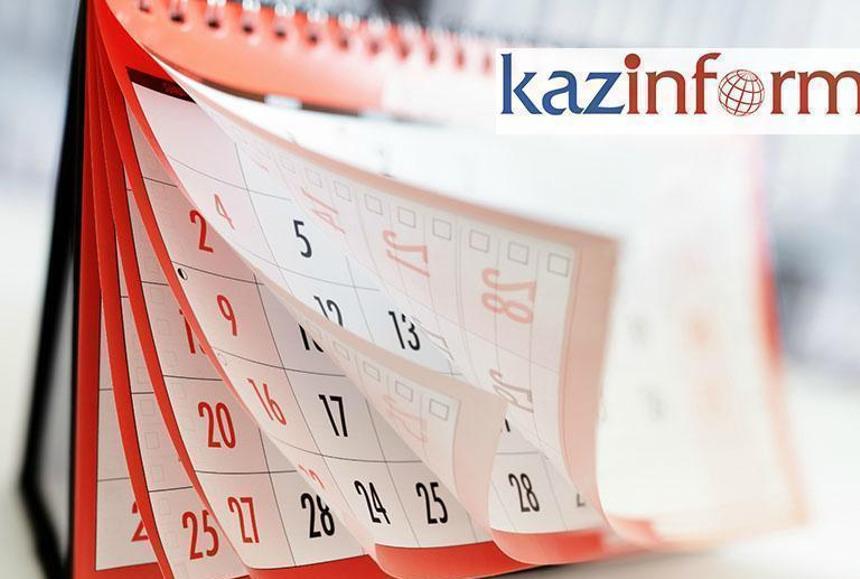 May 3. Kazinform's timeline of major events

NUR-SULTAN. KAZINFORM Kazinform's Timeline is the one-stop shop where you can learn about historical events for the 3rd of May. See what notable events happened throughout Kazakhstan's history on May 3.

1993 - Kazakhstan and Kyrgyzstan sign the agreements on inter-republican use of lands and monetary as well as credit relations regarding introduction of the Kyrgyz national currency – Som. The signing ceremony is held in Almaty city.
1997 - Three regions - Zhezkazgan, Kokshetau and Semipalatinsk are abolished. The borders of other regions are altered. Zhezkazgan region becomes a part of Karaganda region, Kokshetau region joins North Kazakhstan region, Semipalatinsk region merges into East Kazakhstan region, and Taldykorgan region becomes a part of Almaty region.

2001 – One of streets in Almaty city is named after the first president of the Kazakhstan Taekwondo Federation, six-time world taekwondo champion Mustafa Ozturk.
2002 - First President of Kazakhstan Nursultan Nazarbayev and President of the Russian Federation Vladimir Putin ink the Protocol of the Agreement between Kazakhstan and Russia on Delimitation of the Deep Seabed of the Northern Part of the Caspian Sea.
2012 – Almaty city inaugurates the first-ever in the CIS Jamal Oriental Arts Gallery that exhibits rare artifacts, such as ancient books, musical instruments and household items of the Kazakhs and peoples of East, Central Asia beginning from the 18th century.
2013 – Astana (present-day Nur-Sultan) joins EU's Covenant of Mayor Initiative which calls the global community to rational use of energy resources. The idea of the Covenant of Mayor is to reduce energy supply and greenhouse emissions.
2014 – The first Kazakhstani Earth remote sensing satellite launched from Kuru cosmodrome releases the first test images from the space.
2016 - Two chapters of Ilyas Yessenberlin's trilogy ‘The Nomads’ are translated into the Czech language.
2017 - One of the stars in the Andromeda Galaxy is named after Kazakhstani singer Dimash Qudaibergen. A group of fans buys a star in the Andromeda Galaxy and names it after Dimash as part of the ‘Name A Star Live’ project.