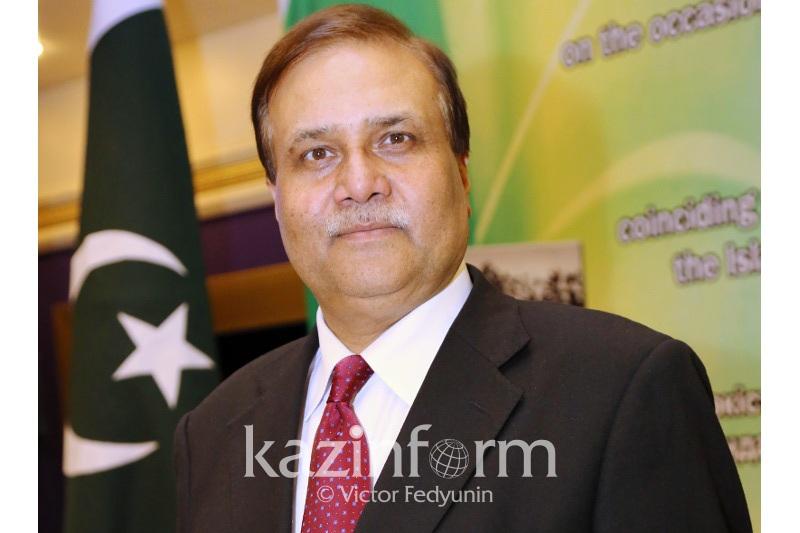 The diplomat noted that the map of Kazakhstan's economic development that includes introduction of new technologies, development of the country's resource potential, smart technologies, transport and logistics infrastructure, reloading the financial sector, modernization of human capital, effective public administration, fighting corruption and ensuring the rule of law and developing "smart cities for smart nation" distinguish Kazakhstan in the global comity and set an example for all Central Asian counties.

According to Mr. Khan, President Nazarbayev's economic vision is far-sighted, pragmatic and based on "ground realities". He noted that Kazakhstan which has achieved several important milestones in both economic and social development is now ready to enter the thirty developed countries of the world. This, in his opinion, is evident from the fact that country's hundred concrete steps plan has been implemented sixty percent which has enhanced Kazakhstan's prestige and credibility in the international arena. The 10 point agenda outlined by the President in his Address would certainly facilitate the country achieving its economic targets effectively.

Ambassador Khan added that Pakistan considers President Nazarbayev's role as central to stability not only in Kazakhstan but in the entire region. According to him, the respect that Nursultan Nazarbayev enjoys has come through his dedicated and passionate efforts that made Kazakhstan a model of a state which is quickly moving towards becoming a developed one.