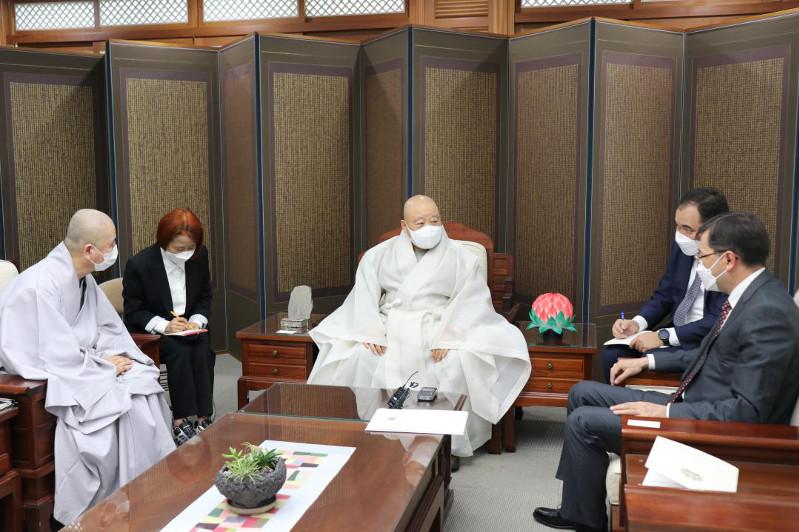 SEOUL. KAZINFORM – Ambassador of Kazakhstan Bakyt Dyussenbayev held a meeting with the President of the Jogye Order, Venerable Wonhaeng, Kazinform cites the press service of the Kazakh MFA.

During the meeting, Ambassador expressed his gratitude for the active participation of the Jogye Order in the work of the Congress of Leaders of World and Traditional Religions and conveyed an official invitation on behalf of the Head of the Secretariat of the Congress Maulen Ashimbaev to take part in the work of the VII Congress, which will be held on the 14-15 September, 2022 in Nur-Sultan.

Kazakh diplomat noted the high status of the participants in the upcoming Congress and said that at the moment 70 leaders of world religions, including Pope Francis, have confirmed their participation. 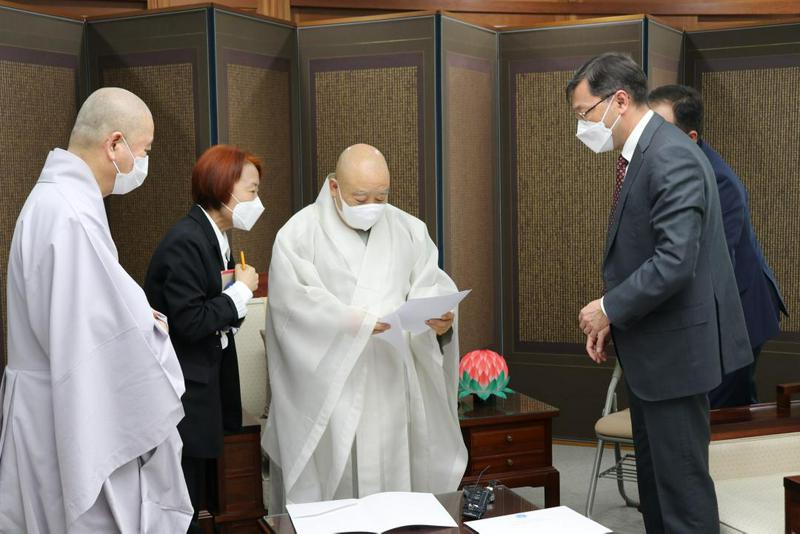 Dyussenbayev informed the Korean side about the state and prospects of bilateral cooperation between two countries, as well as about the course of major political reforms of the country's leadership aimed at democratizing society.

In turn, Venerable Wonhaeng noted the high level of bilateral relations and expressed deep gratitude for the transfer of the remains of General Hong Beom Do during the state visit of the President of Kazakhstan Kassym-Jomart Tokayev to the Republic of Korea in August 2021. 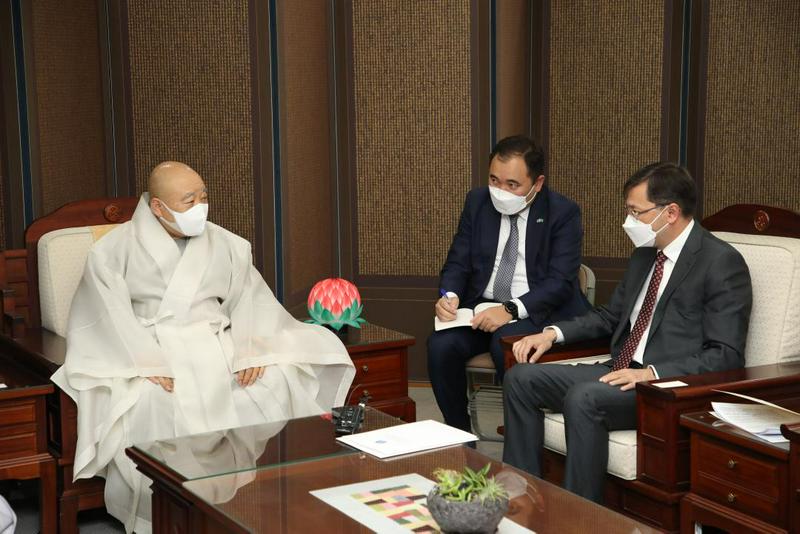 At the end of the meeting, the President of the Jogye Order expressed the high interest of the Korean side in participating in the upcoming Congress of Leaders of World and Traditional Religions.

Jogye Order of Korean Buddhism is the biggest Buddhist order in Korea, that has inherited the 1700-year-old tradition of Korean Buddhism. More than 3,000 mountain monasteries including UNESCO Cultural Heritages like Haeinsa Temple and Bulguksa Temple have been preserving Korean tradition. 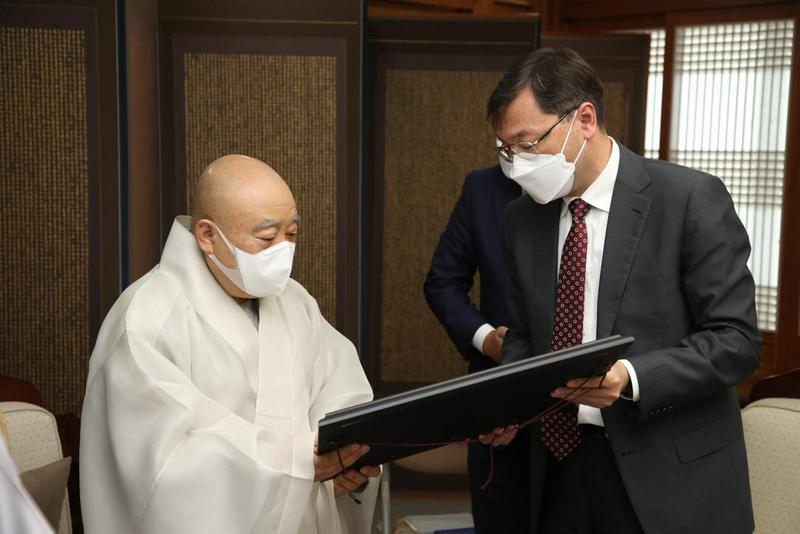 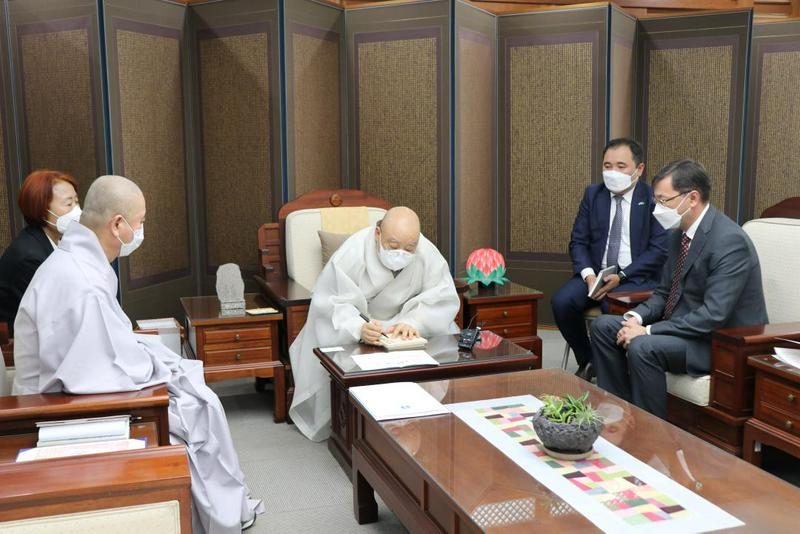 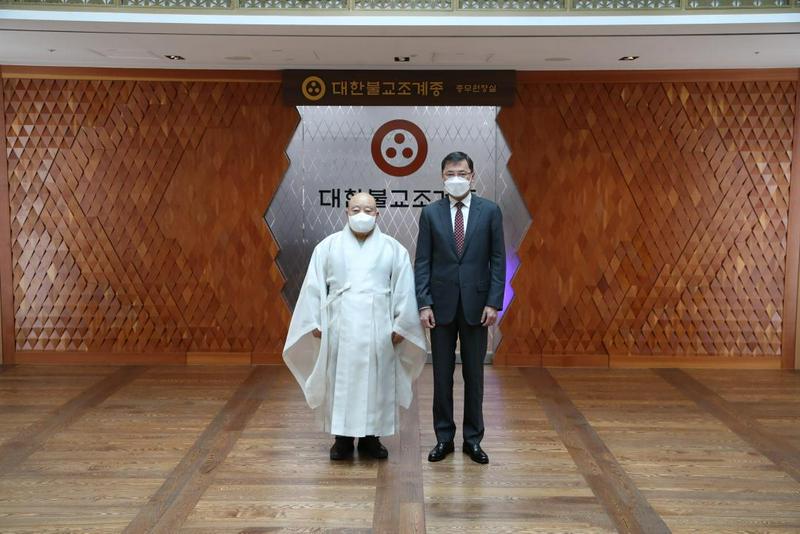 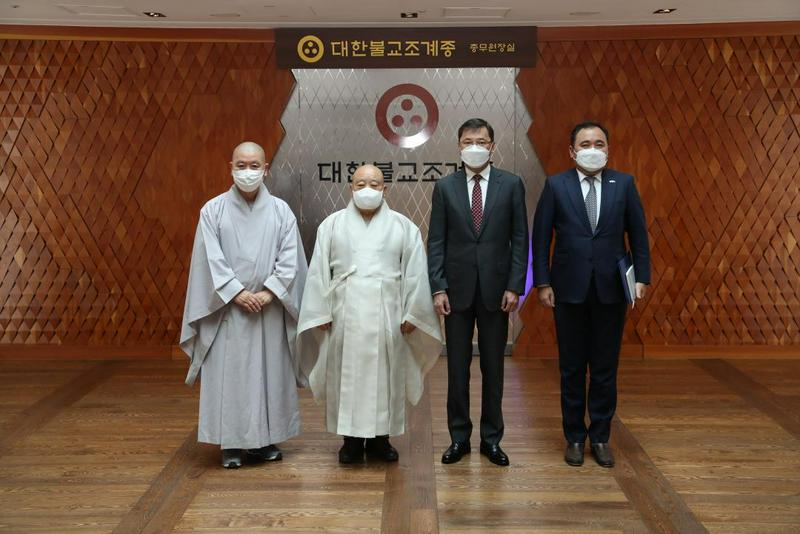 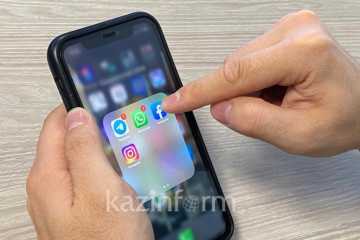