PRAGUE. KAZINFORM - During the visit to Prague, Deputy Minister of Foreign Affairs of Kazakhstan Roman Vassilenko held bilateral meetings with officials at the Ministry of Foreign Affairs and the Administration of the President of the Czech Republic, Kazinform has learned from the press service of the Kazakh Foreign Affairs Ministry.

He met State Secretary of the Czech Ministry of Foreign Affairs Miloslav Stašek. The parties agreed to deepen cooperation on a wide range of bilateral relations, expand ties in trade, economic, cultural, and humanitarian spheres.

It was noted that despite the deterioration of the global economic situation due to the coronavirus pandemic, the trade turnover between the two countries was maintained at a stable level: in 2021, mutual trade between Kazakhstan and the Czech Republic amounted to $260.0 million, which was due to an export increase from Kazakhstan by 16.9%.

Today, the Kazakh economy is interested in innovative and new industries, nanotechnology, renewable energy, and mechanical engineering from the Czech Republic, as well as cooperation in the agricultural sector, which accounts for a significant portion in the trade turnover of the two countries.

An additional boost to the development of cooperation, including business and tourism, will be given by the opening of regular flights between Kazakhstan and the Czech Republic from 12 June 2022 (the Aktau-Prague flight will be operated by FlyArystan). 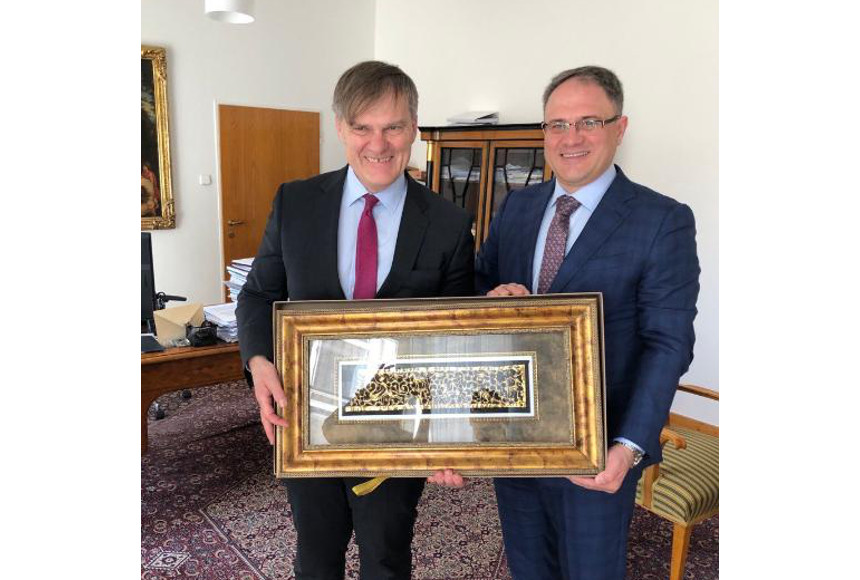 Considering the upcoming Czech presidency in the European Union in the second half of 2022, Roman Vassilenko and Miloslav Stašek discussed promising areas of cooperation in the Kazakhstan-EU format. They paid particular attention to energy security, one of the most important priorities of the Czech mission at the head of the EU.

It was noted that the Czech Republic is already covering a third of its oil needs by the supplies from Kazakhstan, so the issues of ensuring the stability of these supplies in the future against the background of the complex geopolitical situation in Eurasia were discussed.

During his visit to Prague, Roman Vassilenko also met with Director of the International Department of the Office of the President (Presidential Administration) of the Czech Republic Rudolf Jindrák. They exchanged views on topical issues of the regional and international agenda.

The deputy minister informed the Czech interlocutors in detail about the on-going large-scale political and socio-economic reforms in the country, put forward by President of Kazakhstan Kassym-Jomart Tokayev.

The Czech diplomats noted the high level of bilateral relations achieved over the years of partnership, the progressive nature of their further development, and expressed support for the new course of political reforms in the country aimed at building a «New Kazakhstan».

At the conclusion of the visit, Roman Vassilenko gave an interview to the Czech Federal TV station – ČTV – and a number of other media. Czech journalists were very interested in questions concerning Kazakhstan’s attitude to the situation in Ukraine, its interaction with the Czech Republic and the EU, as well as the upcoming June 5 national referendum on amendments to the Constitution of the Republic of Kazakhstan.