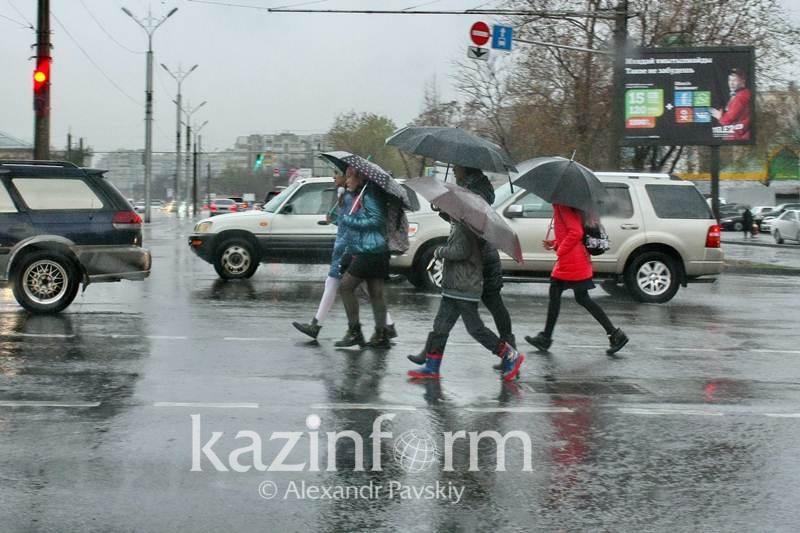 Rains to douse most of Kazakhstan Wed

NUR-SULTAN. KAZINFORM – Occasional showers are expected in most regions of Kazakhstan on 20 April. A mix of rain and snow is forecast for eastern Kazakhstan, Kazinform has learnt from Kazhydromet.

Wind with gusts of 15-20 mps will blow in parts of Akmola, Turkestan, Zhambyl, East Kazakhstan, Kyzylorda, Pavlodar, Mangistau, Kostanay, and North Kazakhstan regions. Gusts may reach up to 25 mps in Almaty region.

Wind will bring dust storm to Mangistau and Pavlodar regions.

Parts of Akmola, Kostanay, and North Kazakhstan region will be steeped in fog at night and early in the morning.

Chances of hail will be high in Almaty, Turkestan, and Zhambyl regions.

Thunderstorm and hail may hit Turkestan, Zhambyl, and Almaty regions. Thunderstorm is also expected in the south of Kyzylorda region.

Kazakhstan to brace for rains on Thursday