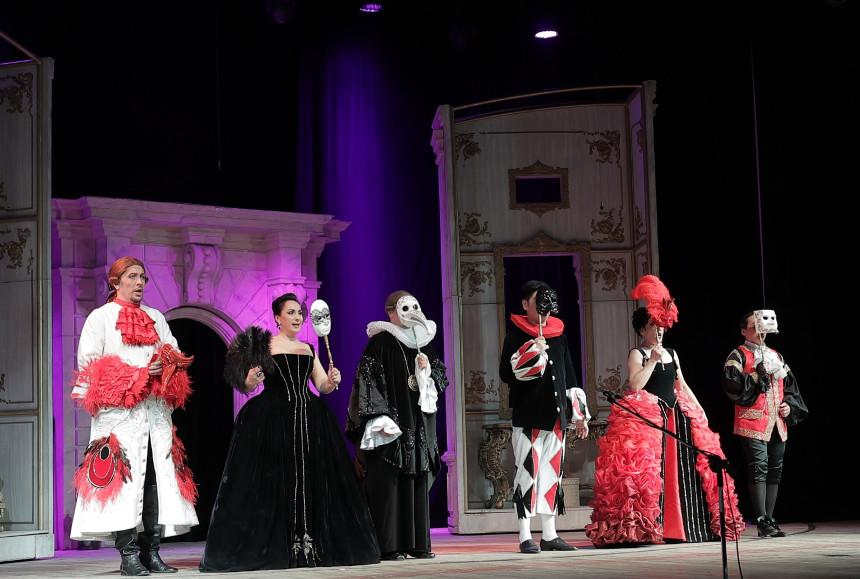 Tour to Rudnyi: Love at the first note

NUR-SULTAN. KAZINFORM Performances of Astana Opera’s artists in Rudnyi ended with enthusiastic reviews and unceasing applause. As part of a tour of the cities of Kazakhstan, the opera company and the Chamber Orchestra of the capital’s opera house visited the industrial centre of the Qostanai region for the first time, capturing the hearts of local performing arts aficionados forever, the press service of Astana Opera informed.

Since the end of April, Astana Opera has visited Pavlodar, Ekibastuz, and Qaraghandy on tour. Now, the performance in Rudnyi has concluded. On June 15 and 16, viewers of various ages had a great chance to get in touch the great art at the Gornyak cultural and entertainment centre. This became possible thanks to the initiative of the ERG company, which organized the capital’s artists’ performances for the employees of the Sokolov-Sarybai Mining Production Association JSC, Krasnooktyabrsk Bauxite Mine, TransCom LLP transportation group, ERG Service LLP and their families.

The uniqueness of the tour is that it has, among other things, an educational focus. In the Year of Children, declared in our country by the President Kassym-Jomart Tokayev, the opera house management focused its attention on the younger generation. Therefore, a wonderful concert was prepared especially for the children, introducing them to the delights and uniqueness of The World of Music. Both kids and teenagers who attended it came out amazed by the richness of the sounds surrounding us. 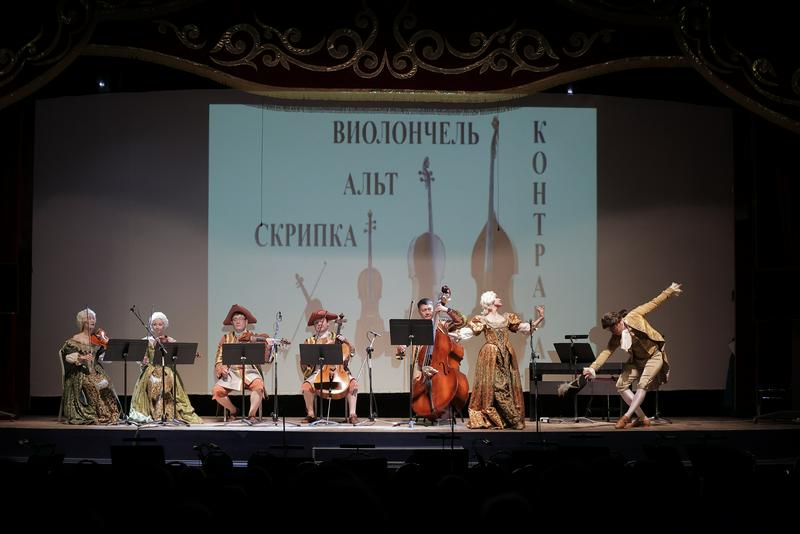 The mother of the six-year-old twins Lisa and Eva, Daria Kolomiyets, did not tell her children where they were going until the very end, so that it would be a surprise:

«For my children, this was their first acquaintance with classical music and opera, and they really liked it. The techniques used in the program are entertaining and understandable to children, as they are designed for their age, awakening interest in music. At the same time, I think that the concert is useful and educational for people of all ages, as it helps to delve into the classics. The live performance and the artists’ talent make it possible to better feel and perceive the music, as powerful energy came from the stage, which was mesmerizing.» 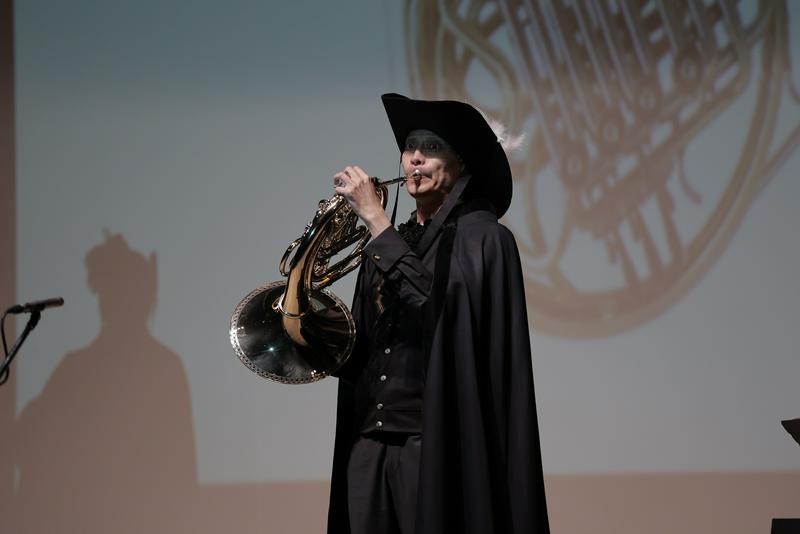 Eight-year-old Philip Vedin, whose grandmother brought him to the performance, shared his positive emotions after the concert:

«This is my first time seeing such a performance and I was fascinated. I enjoyed the journey into the world of music, especially the number with the cats. I listened to the sound of various types of voices and musical instruments. I am happy for the opportunity to attend a concert of musicians from the capital.» 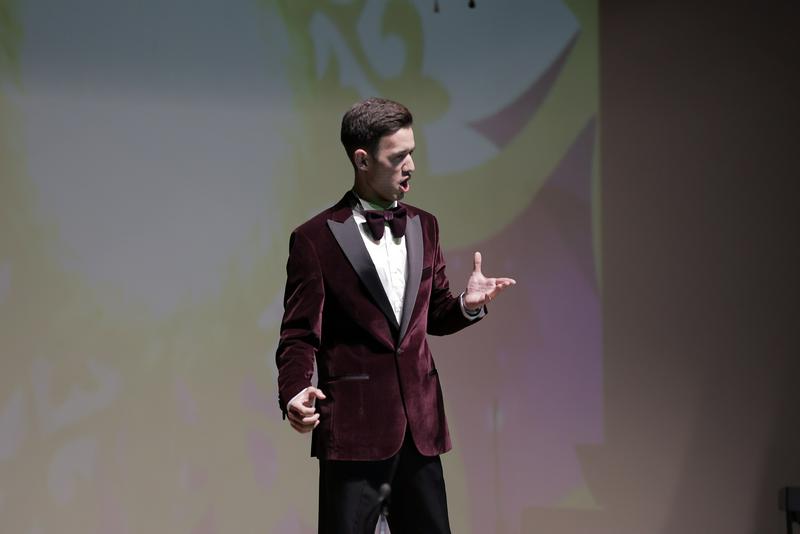 For Zhasmin Bairamgarinina, a student who is about to finish her fourth year of the music college, specializing in guitar, classical music is an important part of her life.

«The concert was incredible. I liked it very much, it was very informative. I believe that everyone, without exception, should get acquainted with the classical art. I especially liked the performance of the baritone Temur Umarov and Habanera from the opera Carmen performed by Malika Minisini. The quintet made a great impression. I just love Baroque music. I am sure that children’s earlier acquaintance with music improves their ear for music, helps to diversify development. Such educational projects form the musical culture of the younger generation,» the girl noted. 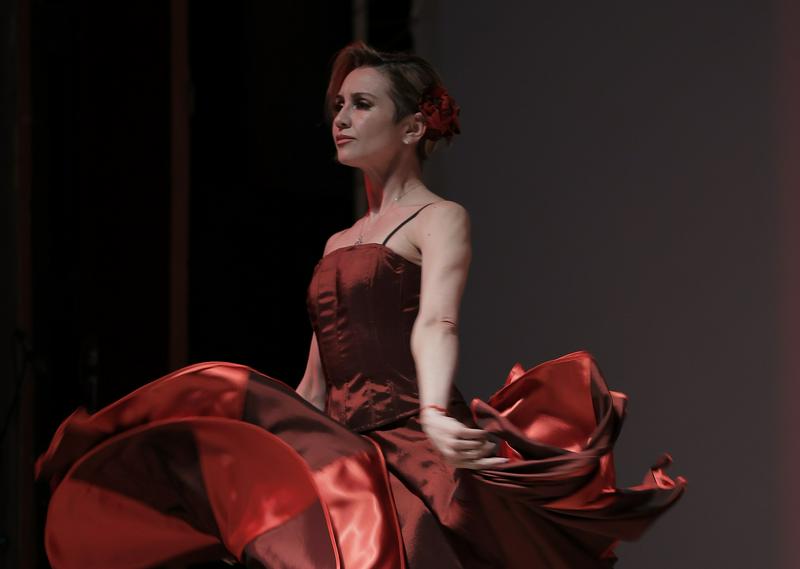 One of the most popular works in the repertoire of the capital’s opera house – Gioachino Rossini’s operatic farsa comica La Scala di Seta was presented to the adult audience. The magnificent comedy, created in the best traditions of the Italian opera and performed by the most talented artists, did not leave anyone indifferent. The opera house’s principal soloist, Honoured Artist of Kazakhstan Zhannat Baktai, Artur Gabdiyev, Ramzat Balakishiyev, Altynbek Abilda, the opera house’s principal soloists Tatyana Vitsinskaya and Yevgeniy Chainikov captivated the residents of Rudnyi with their beautiful voices and boundless artistry.

As the viewer Aruzhan Bizhanova shared, the artists’ performance was at a high level.

«When I come to the capital, I always attend performances at Astana Opera. In Rudnyi, we really miss the art of opera, we want to experience this pleasure more often. I am a big fan of opera, chamber ensembles, I adore Yevgeniy Chainikov and Zhannat Baktai. Today I heard Artur Gabdiyev for the first time and was amazed,» Aruzhan said.

«As soon as I learned that Astana Opera’s artists would come to Rudnyi, there was no doubt that I would definitely come here to enjoy high art,» says Marziya Sansyzbayeva, another opera fan from Rudnyi. «I think that there are insanely talented and creative people in Kazakhstan. Even without knowing the Italian language, everything was clear, because the artists conveyed with their emotions, intonations and movements everything that was laid down by the author.»

Sisters Gulnar Sagimova and Zhibek Kenzhebek discovered this art form for themselves.

«Today I listened to opera for the first time, and immediately wanted to attend a performance at the capital’s opera house. I am happy that thanks to the ERG initiative, famous artists came to Rudnyi. Stunning performance, excellent vocals, beautiful costumes, subtle humour – all this created a sense of celebration. Thank you very much for your performance!» thanked Gulnar Sagimova. 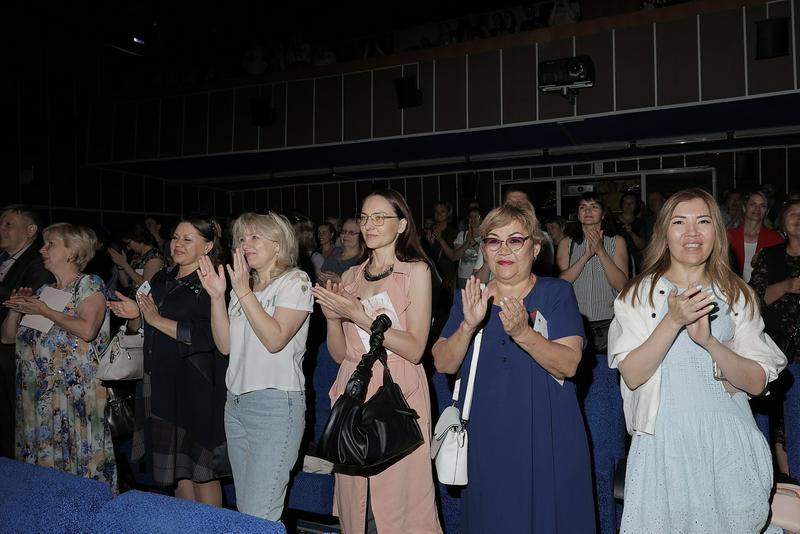 The Astana Opera Chamber Orchestra under the baton of the Honoured Worker of Kazakhstan, Maestro Abzal Mukhitdin deserved special attention and applause.

A husband and wife Saulins shared their admiration for the conductor, calling the performance of the capital’s opera singers a real gift.

«A magnificent production, a marvelous orchestra, a wonderful conductor. Please give him a huge «thank you»!» asked the teacher of the music college of the city of Rudnyi Natalya Saulina. «Rossini is very difficult to sing, but the artists did a great job. Everything was well-coordinated, and both the costumes and the sets are beautiful. The performance was fun and lively. I am just astounded. I have not been to the opera for quite a while and I am very glad that the mining production association presented such an opportunity.»

The meeting with musical art aficionados in Rudnyi was the penultimate one within the framework of a large tour of the industrial centres of Kazakhstan. An acquaintance with the audience of Aqtobe awaits ahead. Performances in the west of Kazakhstan will take place on June 28 at 4 pm and 7 pm at the Gaziza Zhubanova Aqtobe Regional Philharmonic, in the Oner Ortalyghy concert hall.